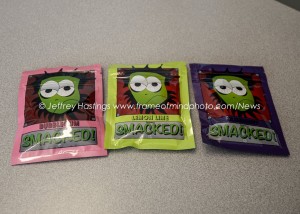 Packets of Smacked, thought to be a synthetic cannabinoid, which was involved in recent overdoses in Manchester, NH. Photo by Jeffrey Hastings.

New Hampshire Governor Maggie Hassan recently declared a state of emergency following a number of overdoses in Manchester related to a synthetic cannabinoid called “Smacked!” that is being sold at convenience stores. The state of emergency made it easier for police to confiscate and destroy this product.

Synthetic cannabinoids are made up of herbs that have been sprayed with chemicals similar to THC, which is found in marijuana. The patients in the Manchester cases have had more severe symptoms than what we usually see with this type of drug. It’s hard to know for certain what’s causing these reactions.

These drugs are not regulated and we don’t always know what’s in them. It’s possible that they contain particular synthetic cannabinoids that are more dangerous, or there could be other drugs mixed in that are causing the severe symptoms. It’s also possible that the patients in these cases were using additional drugs, such as bath salts or heroin, which could be contributing to the reactions. 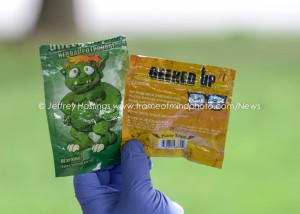 Synthetic cannabinoids have been on the Northern New England Poison Center’s radar since 2010, and calls to the NNEPC about them peaked in 2012. The number of calls has dropped significantly since then, probably because of legislative and law enforcement efforts to control these products.

The NNEPC has developed a fact sheet with more detailed information on synthetic cannabinoids.

This entry was posted in Regional News, Substance Abuse. Bookmark the permalink.