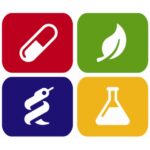 What is synthetic marijuana?

Synthetic marijuana refers to a blend of herbs that have been coated with chemicals known as synthetic cannabinoids. These chemicals are similar to THC (tetrahydrocannabinol), the chemical found in marijuana.

What are the symptoms of using synthetic cannabinoids?

Synthetic cannabinoids are often more dangerous than marijuana. Many people who use them end up in the emergency department with serious heart problems or severe nervous reactions, such as paranoia or hallucinations.

Someone who has taken a synthetic cannabinoid may:

Sometimes the hallucinations or delusions can last days or weeks after using the substance. These symptoms can be even worse if someone has a mental illness.

Synthetic cannabinoids include a variety of chemicals, and each one can cause different effects. This can make it hard to predict what symptoms someone will have.

What can I do about synthetic cannabinoid poisoning?

If someone has taken synthetic marijuana, or if you have other questions about these drugs, call the poison center at 1-800-222-1222, chat online or text POISON to 85511.