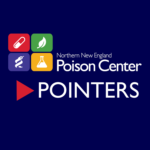 Our panel of poison experts takes a look in the garage (and beyond) to uncover common winter poisons, such as antifreeze, ice melt and carbon monoxide. TRANSCRIPT Disclaimer: Poison Center … Continue reading →

You are called to your critical care area to evaluate a 4-year-old with altered mental status. Per the family, he was totally fine up until about an hour ago when his brother noted him to be “walking sideways and staring.” Per the anxious parents, he has been well and there has been nothing out of the ordinary either at home or in daycare. No travel.

On your exam, he is somewhat tachycardic but the remainder of his vital signs are normal and he is afebrile. His exam is essentially benign except for altered mental status and ataxia. You do a CBC and basic chemistry panel, both of which are normal. His urinalysis is negative. You are considering a lumbar puncture and cat scan of his head when a urine toxicology screen you ordered comes back positive for THC. After speaking to the family about this finding, they call the child’s aunt who is visiting from out of town. She uses medical marijuana for her chronic pain and travels with her marijuana edibles. After checking the bag where she keeps them, she discovers that a brownie is missing. Based on this, you decide to do no further testing. You notify the poison center for recommendations and documentation and admit him to the pediatric service. He is observed for approximately 18 hours until his mental status returns to normal. He is discharged home with his parents.

Aside from marijuana cigarettes, edibles such as cookies, brownies and candies, which may be more appealing to children, are becoming more popular. They are certainly on the shelves in Colorado where recreational as well as medical marijuana is legal. There is concern that the cannabis extract used in making these products may be more potent than what is in a joint. This may result in more profound or unexpected symptoms when ingested. It also makes it difficult to determine a “dose.”

The most common presentation is altered mental status. This can range from fussiness to lethargy to agitation. Seizure has also been reported. Ataxia is not uncommon.

In the largest case series to date, Wang reported that most patients had extensive ancillary testing including lab work, cat scans and lumbar punctures; however, knowing up front that marijuana was involved correlated with less ancillary testing. Physicians should consider marijuana as a possibility in cases involving altered mental status, as caregivers may be hesitant to share this due to stigma or fear of legal ramifications.
There is no antidote to cannabinoid intoxication and supportive care is the mainstay of treatment. Some children received IV fluids and some required benzodiazepines. No child in this series required intubation although most were admitted and some to critical care areas. Currently no deaths have been reported.

Even in states where medical marijuana is not legal there is concern for exposure. Although generally not legal to travel with, these products may be brought in by people visiting from decriminalized states or sent in the mail. This may result in unexpected exposures and presentations.

Although there is legislation passed in all three Northern New England states for the use of medical marijuana the operationalization is different. In Maine, there is an active patient registry with some home grown marijuana and 8 dispensaries. In Vermont, there are 4 dispensaries with over 1,000 patients most of whom use dispensaries. In New Hampshire there is legislation allowing for the use of medical marijuana; however there is currently no legal way to access it so there are no active patients. All three states require physician evaluation with a specific set of criteria.

With the continued loosening of restrictions on medical, and potentially recreational, marijuana the NNEPC expects to see more of these cases in the coming months and years. The poison center is available 24/7 to serve as a resource for general, diagnostic, and treatment recommendations. In addition, reporting pediatric marijuana cases to the NNEPC can help us follow this trend not only in Northern New England but across the country as poison centers throughout the nation are monitoring these concerning developments.