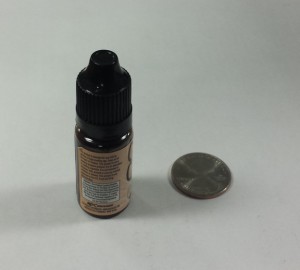 The death in December 2014 of a 1-year-old boy in upstate New York has brought further attention to electronic cigarettes and the liquid nicotine used to refill them. The boy reportedly swallowed some liquid nicotine, which was sold in a bottle that did not have a child-resistant cap.

If you’ve been to a convenience store in the past year, you’ve probably seen these products—Blu, NJoy and VaporFi are some of the most common brands. E-cigarettes are rapidly gaining popularity, especially among younger people, and many view them as safer than traditional cigarettes.

E-cigarettes work by heating the liquid and turning it into a vapor that the smoker breathes in. This is where the slang term “vaping” comes from. E-cigarette liquid is available in a wide variety of flavors, including chocolate and cotton candy, and with different levels of nicotine.

While some liquid refills are nicotine-free, others contain as much as 240 milligrams of nicotine in a 10 milliliter bottle. That’s a very large amount of nicotine in a small bottle, and it means that just a taste could be enough to cause symptoms in a young child, and a large sip could be fatal. See our corresponding post, “How much nicotine?” for a comparison of the nicotine content of various products.

Adults should not rely on child-resistant caps alone. If you use e-cigarettes or any other nicotine products, be sure to always keep them out of the reach of children, in a locked cabinet if possible.

If a child does get into a nicotine product, don’t wait for symptoms—call the poison center right away at 1-800-222-1222 or chat live with a poison specialist.

For more information about nicotine and its poisoning effects, see our nicotine page.