Kitty vs. Daylily; Or, the time I accidently almost killed my boss’ cat 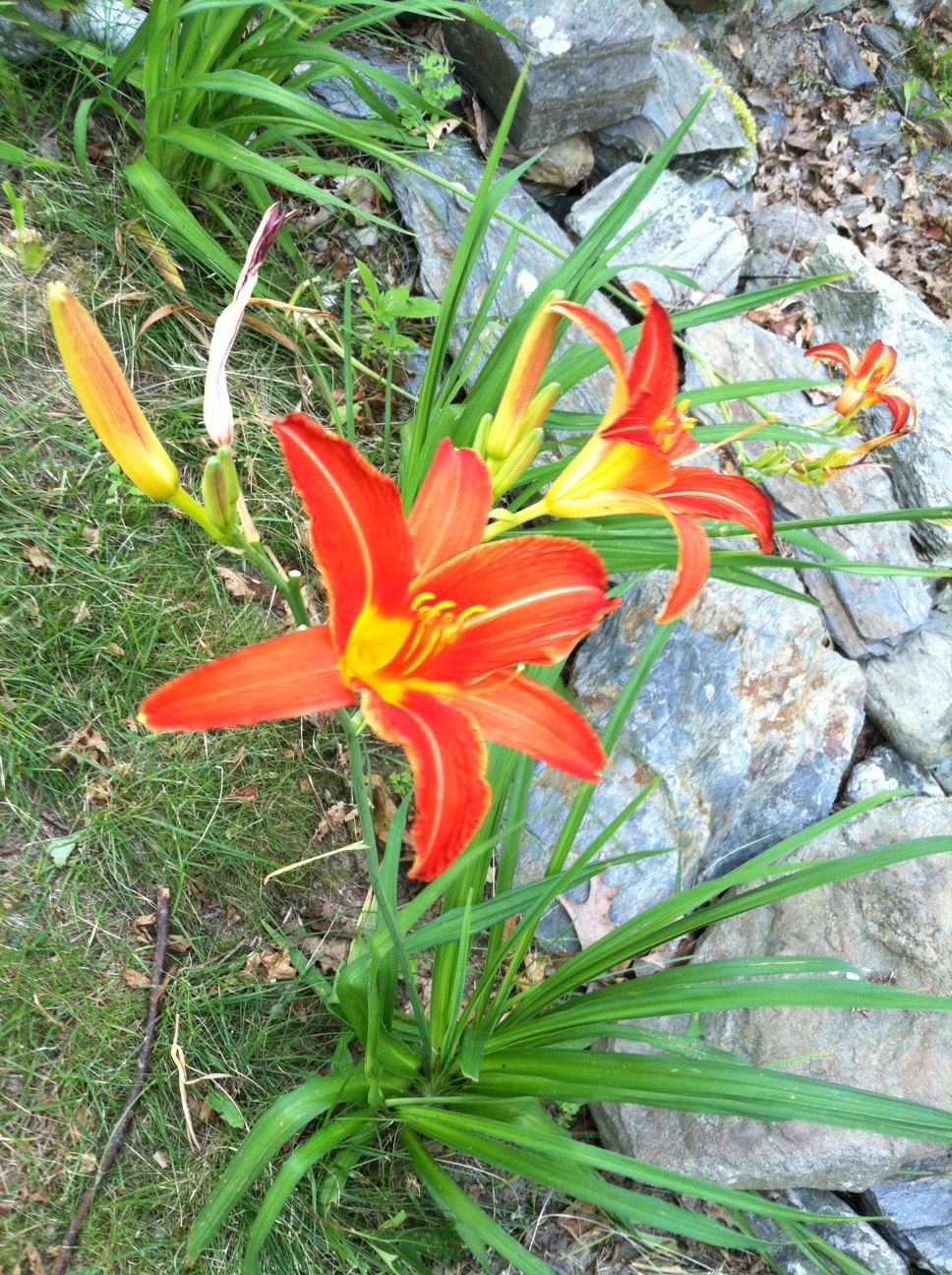 My yard is filled with blooming daylilies right now, one of my favorite garden plants. Easy to care for, they spread quickly and are always bright and cheery. But this annual display of color brings back a dark daylily memory from just a few years ago….

Our director, Karen Simone, used to live a few blocks from the poison center. She was preparing for a trip and wasn’t going to be coming in to the office that day and I had some documents for her to sign. I thought I would take advantage of the beautiful day and walk them to her. Along the way I passed a patch of blooming orange daylilies and decided to pick one for her. When I got to her home she signed the documents and took the flower, putting it on top of a console table in the entry.

About a half an hour later I got a panicked call from her, asking what the flower was that I brought.

Karen’s cat, Ivan, is nationally known for eating all things plant-based. I say nationally known because he was actually featured in a Heathcliff comic strip because of his love of vegetables. It was pretty common for Karen to come in with a whole pepper or tomato with a little kitty bite out of it.

So what flower did I bring to the cat whose favorite snack is plant matter? The one flower that could bring a cat to its knees.

Poor Ivan was rushed to the vet, where he refused to throw up, even though he was given several medications to make him. He finally did, hours later, and big chunks of stem and flower (along with a mystery pink gummy object) came up. He spent the next couple of days on IV fluids while the vet kept an eye on how his kidneys were doing.

So what is the deal with daylilies? There are many plants that are harmless to some animals, but can cause serious harm to others. Every animal’s body processes things a little bit differently. Daylilies are safe for humans and dogs, but can cause serious problems in cats. It’s important to know what house plants you have and what’s growing in your garden. Keep track with a label in the plant or a list with pictures in case someone eats a plant. If you have an animal or small child around call the poison center to see if what you have is poisonous to them.

Ivan lived to tell the tale of his adventure with the daylily, and continues to eat everything in sight.