Poisonings at work: An interview with Dr. Karla Armenti 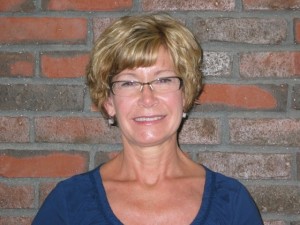 For North American Occupational Safety and Health Week, we spoke with Dr. Karla Armenti, the principal investigator for the Occupational Health Surveillance Program within the New Hampshire Department of Health and Human Services. She has been analyzing poison center data to look for trends in workplace poisonings.

What are the main occupational safety and health issues for New Hampshire employees today?

Karla Armenti: Actually we are continuing to see a steady number of occupational poisoning exposures as reported to the poison center. The numbers have remained consistent for most substances, however upon analysis, we see an increase in exposures involving cleaning substances used in industrial or janitorial (cleaning industry) environments.

Other issues of concern involve ergonomic-related, or musculoskeletal injuries involving upper extremities and low back.

Our work-related fatality rate has increased, especially in 2012, where we had 14 fatalities.  Of these, 4 involved tree-cutting activities.

You recently did a survey of immigrants in New Hampshire to better understand the occupational health of this working population. What was the most important thing you learned in your research?

KA: 62% of those surveyed had never heard of workers’ compensation and did not understand what their rights were when injured at work.

Many of our immigrants (including refugees settled in New Hampshire) were highly educated in their home country, but the only job they could get here was in cleaning or home health care. They reported that they knew when conditions at work were not safe but were fearful of losing their job. They often reported no knowledge of OSHA or workplace safety regulations. There is a critical lack of understanding about their employer’s responsibilities in this country with regard to keeping them safe at work.

The NNEPC manages approximately 150 occupational poisonings a year in New Hampshire. You have been analyzing our data to better understand this issue. What are some interesting findings? How has this data been useful to your work?

KA: Yes, our New Hampshire poison center data are critical to our surveillance efforts. We recently completed a study looking at data from 2009 to 2011 and found that chemicals, household and industrial cleaning substances, fumes/gases/vapors, heavy metals, and hydrocarbons are among the top contributors to occupational exposures in New Hampshire. We also see that among all age groups, the number of cases was greater for males than for females and the most common age group for both genders was the 20s. The highest percent for exposure route was inhalation, with dermal and ocular exposures evenly distributed, while ingestion was the lowest.

Despite existing intervention and education efforts, reported occupational exposure rates have remained relatively steady since 2005. The substances involved in the most exposures are widely used in workplace environments, and should be a focus of public health injury prevention efforts. While safety training, better enforcement of safe practices, and improved preventive maintenance of equipment are important interventions for these risks, ultimately the most effective intervention would be to limit the use of potential poisons in the workplace.

It is noteworthy that a number of the poisonings in our study occurred during a cleaning activity, performed across different types of businesses. While cleaning is often necessary in many industrial sectors, specific cleaning chemicals are not essential per se to the production process or final product. Thus, cleaning could be targeted as a high priority for substituting toxic substances with less hazardous ones to prevent workplace poisonings.

What do you hope to see happen to improve occupational safety and health in Northern New England and the U.S. in the next 5-10 years?

I would like to see an increased focus on primary prevention that includes stronger efforts to eliminate hazards in the workplace through design and chemical substitution.

There is a lot of promise in workplace wellness and health promotion activities; however, there must be a concerted effort to integrate workplace safety and health into these strategies for a more holistic and successful approach. We often spend more than 8 hours a day at work.  We need to understand that what we do at work influences our health just as much as anything else we do–and maybe more!